As a third year medical student at the University of Toronto, and a PhD doctorate in neuroscience, Nahanni has been firmly immersed in the world of Western science and academia. She is also a Dene woman, raised in part by her mother, who was a residential school survivor. Traditional and Indigenous knowledge have played an inherent role in shaping her life – and her career in medicine.

“As a medical practitioner I don’t want to ever be a paternalistic figure in someone’s life just telling them what to do and pretending like I know best because I know medical knowledge and I know the literature,” Nahanni says as she leans forward and pulls her hair back into a low ponytail. “That doesn’t mean I know everything.”

For many families of residential school survivors, the profound trauma experienced is often passed onto their children, preventing the transfer of knowledge.
— Celina Nahanni

Growing up, Nahanni says she and her two siblings used to press their mother for knowledge about their Indigenous heritage and language. For many families of residential school survivors, the profound trauma experienced is often passed onto their children, preventing the transfer of knowledge.

“They didn’t talk about it, they didn’t communicate it and they didn’t want to pass it onto their kids because they thought they were actually passing on a burden,” Nahanni says, reflecting on her mother’s experience. “So I think that I got a chunk of that, and that probably contributed to me wanting to do more scientific stuff.”

Despite having limited information growing up, Nahanni still finds herself gravitating toward traditional and Indigenous knowledge methods in daily life and in her healing practice. She says she takes comfort in the emotional and visceral wellbeing that comes from the rituals and teachings. But she’s also aware that her personality and thought process is more logic-oriented and methodical in keeping with a Western model.

“I feel very comforted by a mythology — in my case an Indigenous mythology. For example, like a Turtle Island [the story of creation] approach of why things are the way that they are. At the same time, as a scientific person, I acknowledge that you know they are mythologies,” Nahanni says. “But again, it resonates with me as a human being who was raised with traditional knowledge.”

“Certainly in medical school I have felt there isn’t room to put in Indigenous teachings or traditional knowledges because they really truly are two different languages,” Nahanni says.

Creating a synergy between the two belief systems has been a struggle for Nahanni. She believes that her struggle to be able to draw knowledge from both worlds in collective harmony is because people typically put the beliefs at odds with one another.

“The two sides are not necessarily communicating, they sort of put negative vibes out toward each other,” she adds, recalling having to grapple with being pulled in what seemed like two conflicting directions. Nahanni believes that simply getting people in the same room and talking to one another could resolve much of the conflict. “But the truth is, everybody is very busy and honestly they speak very different languages, so it would probably be hard to get a really productive dialogue going.”

One of the most challenging aspects of Western medicine is how medical professionals are so quick to dismiss alternative approaches to wellness. “At the same time, I think it’s really dangerous when alternative healthcare providers are trying to address things that doctors need to address,” she adds. Through her medical practices, she aims to bring the two together in a beneficial balance.

“The way I try to bring it into my interactions with patients is that I am not judgmental to the things that they tell me and I am receptive to the things that are important to them,” Nahanni said. “It is sort of accepting that everybody has a path that they walk and that they can choose that path, and you can offer them advice, and you can offer them help…but ultimately what they choose to do is their choice.”

Nahanni says that what she truly wants is to see the medical community being more open to types of personhood, which includes Indigenous cultures. According to Nahanni, Toronto hospitals, for example, do not have designated areas to perform smudging – a ceremony that purifies or cleanses the soul through the burning of plants and medicines – but have spaces for other religious groups to perform religious ceremonies, such as synagogues and chapels.

“I would like to have Indigenous people state they want an opportunity to smudge and have it be taken as a given. I would like doctors to just recognize that and respect it.”

Nahanni’s duality and struggle to study Western science with a belief in more than one system is not unique, but experienced by many individuals and in many facets of life. The system as it currently stands is not poised to allow a balance between the two.

Indigenous and Traditional Knowledge As Taught by Elder, Andrew Wesley

Listen to Andrew Wesley, Elder-in-residence at the University of Toronto, teach about Indigenous and Traditional Knowledge, the transfer and teaching of Indigenous Knowledge, and the origin and purpose of storytelling. 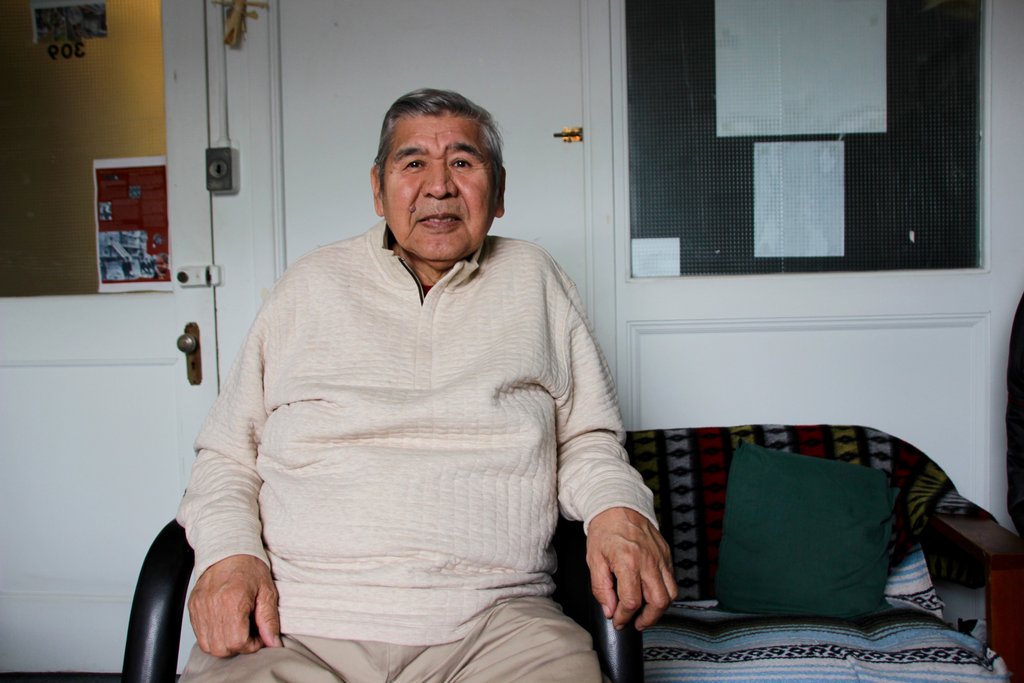 Andrew Wesley is a Cree Elder-in-residence at the University of Toronto with a soothing voice that perfectly matches his gentle demeanour. When he smiles, his eyes crinkle and crease around the edges. Cree teachings, he says, place emphasis on three points: tradition, observation, and revelation. “You have to know your tradition. You have to be observant. And then things will be revealed to you.” He follows this point with a story about an elder he met in Fort Severn, Ont., several years ago. The Elder told him that when he was growing up, there were hundreds of houseflies that dominated the area. Today, he said, only about 20 houseflies remain – of which he doesn’t even see anymore. “What the elder was telling me is that in their [an elder’s] own way they are environmentalists, they are scientists. And that’s what I mean by observation – they watch everything, they learned everything.” Wesley would like to see a type of interpretive centre that uses communication to increase the understanding of heritage – in Toronto, where annual summer teachings by Elders from various tribes could take place. “Almost each tribe would come in to show their skills. And you could actually learn. Students would be invited to come and watch. I think that’s what is missing in Toronto.”

A recent course established at the University of Toronto aims to bridge the gap. Titled ‘Ecological Interactions: Introduction to Indigenous and Western Sciences’, the course evolved after extensive discussions with faculty from the science and math departments, community organizations, students, and other staff that frequently work with Indigenous students. Its professor, Melanie Jeffrey, says that the course was initially created in part as a response to an observation that Indigenous students were finding it difficult to complete their science breadth requirements. Having to take science courses strictly from a Western model is considered insulting and further adds to the Western worldview that Western science is the only science, she says.

Exploration of Indigenous and Traditional Knowledge Through Art

Jane Ash Poitras is a Cree artist from Canada. Through mixed-media artwork, Poitras typically explores the impact of colonialism, and the spiritual and political power of Indigenous peoples. These paintings are part of a larger project called, Consecrated Medicine, where Poitras explores traditional non-Western knowledge through the medicinal and healing powers of plants; both scientific and spiritual. In reclaiming this knowledge, which was shared among Indigenous peoples, Poitras also alludes to how these important plants have been abused through colonization, by overuse and ignorance.   -These paintings are currently featured in the Daphne Cockwell Gallery of Canada: First Peoples, Level 1, Contemporary expressions exhibition space at the Royal Ontario Museum, Toronto, ON. 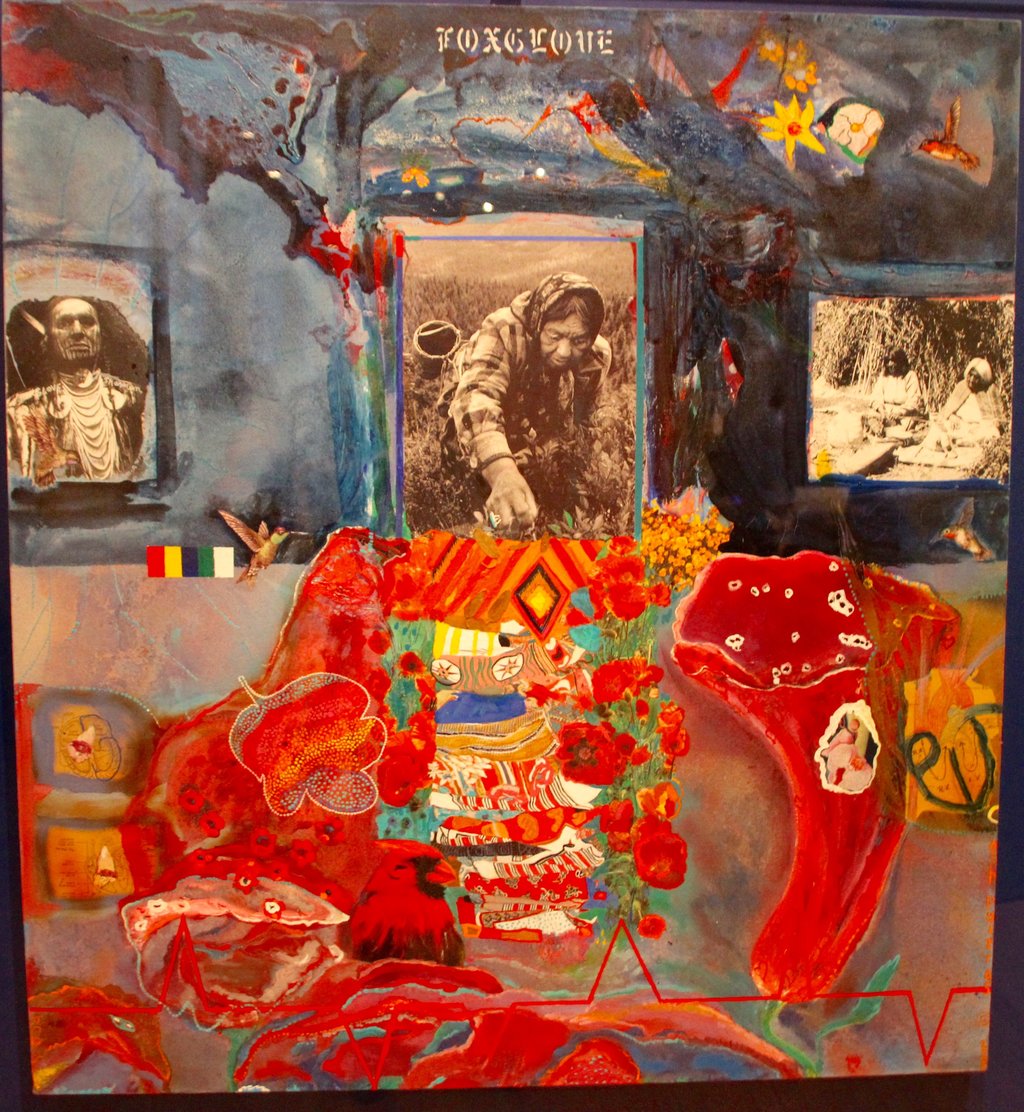 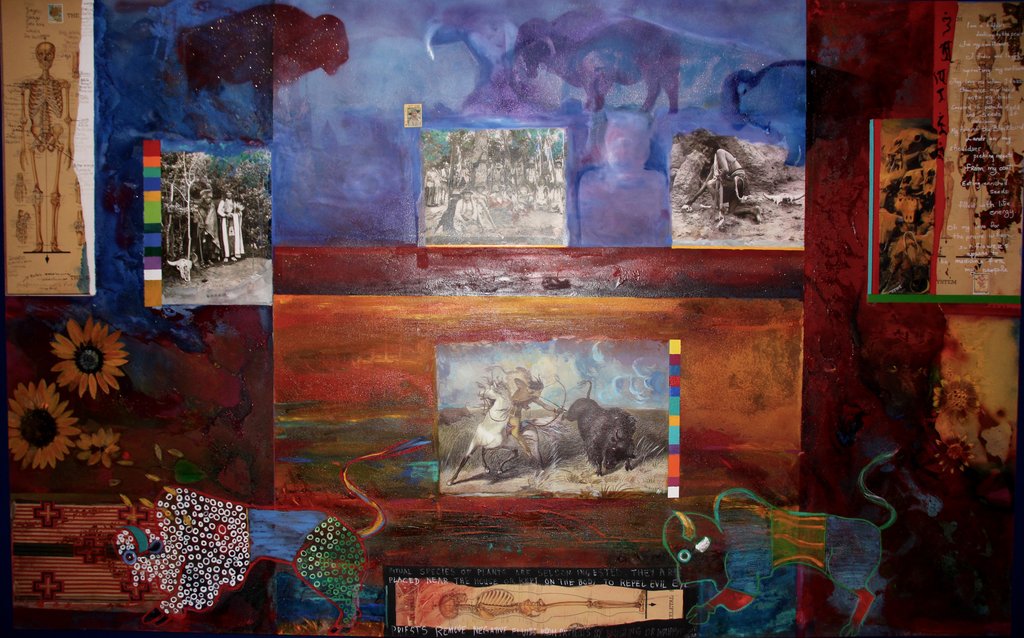 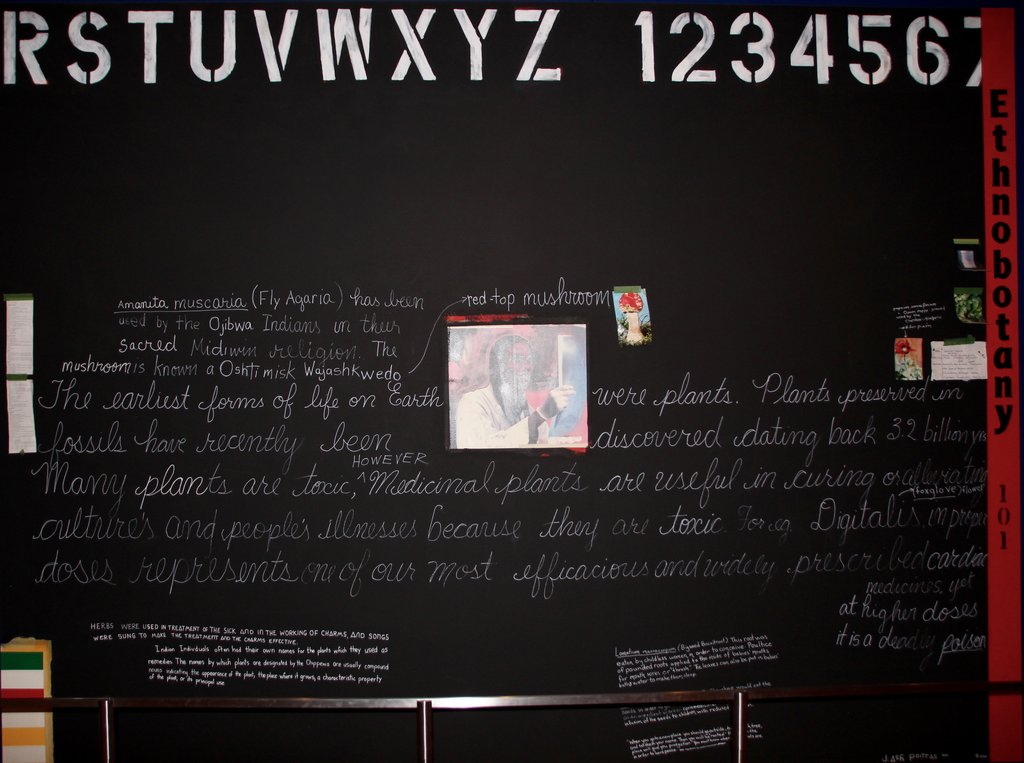 “People feel like it distanced them and they also feel like there is so much wisdom in stories and storytelling – but in Western culture we tend to think of stories as something you tell children at bedtime as opposed to being a way of transferring knowledge between generations.”

“Not respecting traditional knowledge or Indigenous knowledge wherever they come from – that’s a form of colonization of knowledge,” Jeffrey says, adding that the way universities develop curriculum has to change. Western science looking to Indigenous knowledge should be viewed not a means of trying to catch up but rather “starting to respect what there is to offer”.

Jordana is a freelance journalist and social media influencer for a Toronto based PR-firm. She loves writing long-form human interest pieces, with special interests in culture, personhood and social justice. When she isn’t in class or writing, Jordana can be found boxing, hiking, cooking up healthy eats, or travelling (whenever possible!).